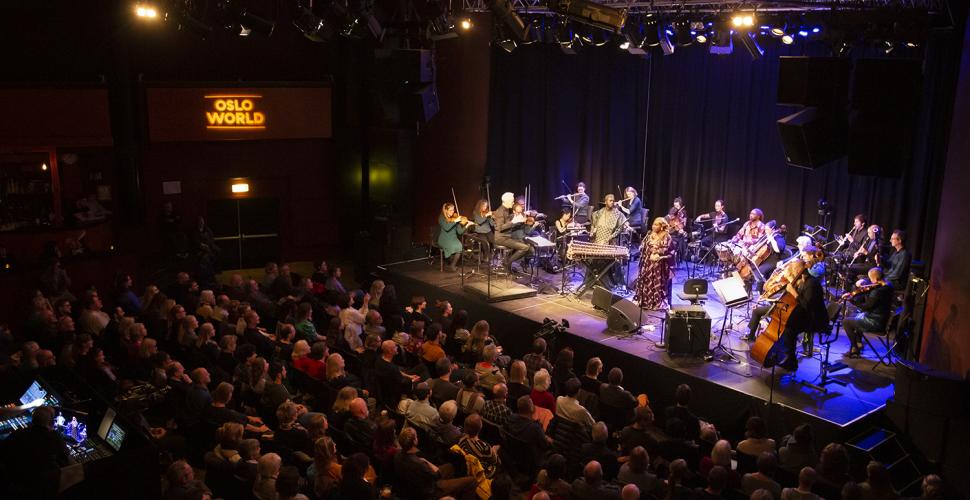 Oslo World’s community! - It was a pleasure to meet again in a real life. The time consumed by the pandemic was interesting and changed a lot in our actions and observations. This year's theme of the Oslo World was "Rebels"

Oslo World’s community! - It was a pleasure to meet again in a real life. The time consumed by the pandemic was interesting and changed a lot in our actions and observations. This year's theme of the Oslo World was "Rebels"

“This reminds us that the rebel has never meant just one thing - many icons of resistance have been reactionary figures. The reasons we still feel they are needed, in spite of all this, are as relevant as ever in 2021: In the years ahead, after lockdowns and mass restrictions, civil society needs to retrain its democratic muscles, and find ways of resisting the numbing effect of the last few years. " Oslo World

At Cosmopolite Scene, we had the pleasure to host several concerts carried out with Oslo World. We were looking forward to the first sounds of Trio da Kali with The Norwegian Radio Orchestra. This Trio, surrounded by the wonderful sounds of a classical orchestra, played literally on the inner strings of our souls. The concert touched us with its harmony, melodies and perfect coexistence of folk and classical instruments.

Trio Da Kali consists of Hawa Kassé Mady Diabaté, Fodé Lassana Diabaté and Mamadou Kouyaté. They come from the Mande culture of southern Mali and a long line of distinguished griots (the musical artisans central to the region's culture).

The Norwegian Radio Orchestra KORK is among Norway's most well known ensembles. In 2021, they celebrate their 75th jubilee. Since 1946, the orchestra has been dear to Norway's music culture.

The concert was conducted by Paul Daniel, whose hands were an additional instrument on the stage for us.

The next day there were two concerts by Altin Gün. They are also among the foremost examples of a unique, living and breathing rock tradition. Amsterdam based Altin Gün, with members of turkish, british and dutch descent, proves the potency and adaptability of this musical worldview today. Cosmopolite has been set on fire! They played two sold out concerts! This evening will probably be remembered for a long time by the young audience of Oslo World.

A concert that will also be unforgettable was the performance of Amadou et Mariam.

These are artists who have already returned to Norway several times. They performed at the Nobel Peace Concert for Barack Obama in 2009. They have played at Oslo World in 2005 and 2008. The Oslo audience knows them very well and loves them extremely. At the concert, you can feel the energy exchange that the musicians share with the audience. This concert could never end!

We would like to thank Oslo World for such a beautiful cooperation that we can be one musical family.