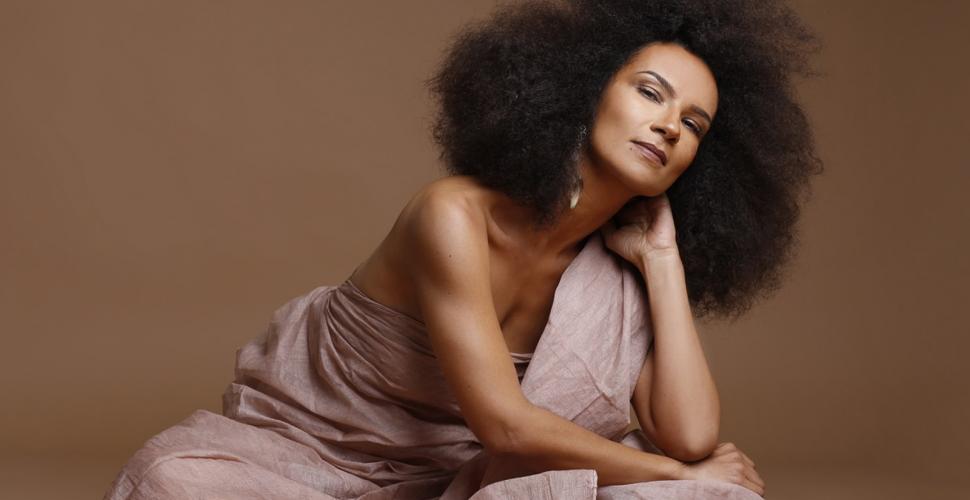 Moroccan soul with deep roots in the desert.

OUM -  Moroccan soul with deep roots in the desert.
There was a shift in the Moroccan music industry during the 2010s. Moroccan dialect, "darija", and Moroccan culture suddenly became "cool". Moroccan music became very popular in other Arab countries, and Middle Eastern artists began to sing in Moroccan "darija". Today, Moroccan artists ravage the playlists throughout the Middle East and North Africa where they have made their mark on pop music.

How conscious the linguistic shift is is hard to say. Regardless, many artists from Morocco proudly sing their own dialect today, and Oum is no exception. It was amazing to hear that she went back to her "Sahrawi" roots on the album "Zarabi". The word "Zarabi" means "rugs" and the album honors the women who weave rugs in the village of M'Hamid El Ghizlane in southern Morocco. The album was recorded acoustically in the desert on the outskirts of this village, and one hears both birds chirping and gusto on the record. Absolutely magical!

In connection with the concert Oum had in Oslo in 2016, I interviewed her for Samora Forum. When I asked her why she chose to record the record outdoors, she replied:

“We wanted to distance ourselves from the perfect studio sound where you get an expected result. In the desert we had to adapt to nature. The instruments look different in the sun, wind and sand. The idea behind was to accept what is happening around us. As musicians, we learned to accept each other's mistakes and become more humble. ”

Please read on in the original article by Selma Benmalek.