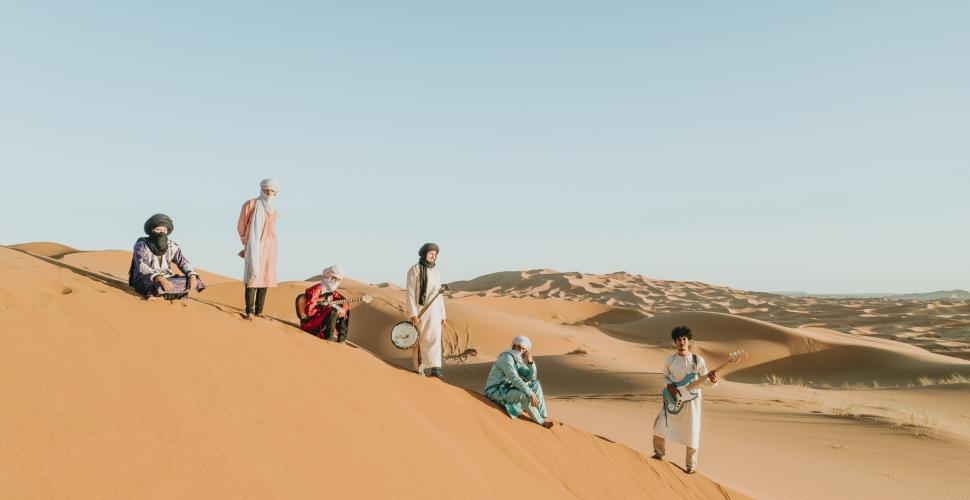 «Blues» is a musical genre associated with blue tones and downcast lyrics about brutal realities, lost love and hardship. A musical relative, desert blues, might sound like its even more lost, but, it has an upbeat and positive sound. The Moroccan band Tarwa N-Tiniri adds its groovy rhythms and playful guitar melodies and gives blues several more hues.

Tarwa N-Tiniri means “The generation from the desert”, quite fittingly for a band that comes from a desert city east in Morocco, four hours from Marrakech, over the Atlas Mountains by the Sahara desert.

On stage the band brings several stringinstruments, like the gitar, elgitar, djembe, calabasse, Lothar, banjo and bassguitar. All six bandmembers are dressed in the traditional headpiece “Tagelmust” as they serve rythms from the desert, using traditional percussion instruments.

Bandmember Mohamed thinks nomadic people have a special openness to them: «People from the desert and from nomad mountains can accept any kind of people in the world. We have no problem with relations, no problem with culture and we are very open to meet people.”

Tarwa N-Tiniri is inspired by the infamous desertblues bands Tinariwen, Tamikrest and Bombino. The songs are performed in a beautiful Berber language and are often about social conditions amongst nomadic people, love, friendship and peace.

The bands debut album is “Azizdeg”, which means cleansing one’s feelings. The band thinks this album is “about seeing with the eye of truth means uncovering the truth, removing the dust, and courageously facing existence.” 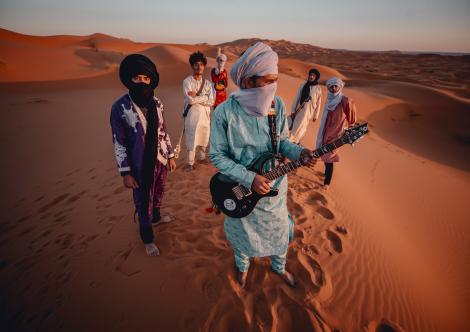 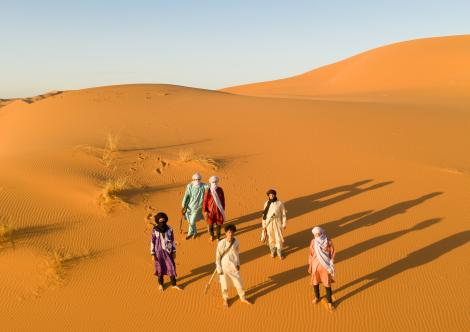