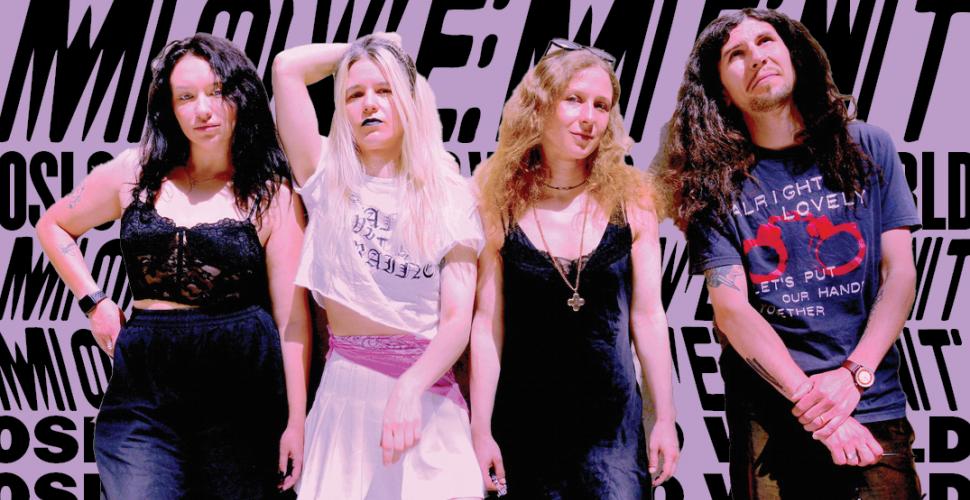 It has been ten years since Pussy Riot stormed into The Cathedral of Christ the Saviour in Moscow without warning, protesting against the Putin regime and the support it received from the Russian Orthodox Church. The activist punk rock collective had already done a number of similar guerrilla performances - but this time it caught fire. The incident led to the arrest of three of the band's members. It made Pussy Riot one of the most visible opponents to the Russian regime around the world. Later that year, the member "Yozh" was invited to speak during Oslo World.

Ten years have passed and the field of battle has expanded. In addition to early protests against Russian homopropaganda laws, the group has, among other things, focused on the conditions of prisoners in Russian prisons, where several members speak from experience. They have addressed the political situation in other countries, such as the United States under Trump, but it is still Putin's regime and its consequences that remain at the heart of the project. We have seen this, for example, in the aftermath of Russia's invasion of Ukraine. When Pussy Riot perform concerts today, their opposition to the war is vocal. Part of their income goes to a children's hospital in Kyiv. Over the years, some of the members performing in their recognizable, colorful balaclavas have changed, Pussy Riot has existed in several constellations - but the uncompromising attitude and their willingness to sacrifice, has remained.

Pussy Riot has played an important part in defining the opposition to the Putin regime, but also in shaping the role of activism in pop culture. It has cost them.. When Oslo World invites them back this year, we meet a hard-hitting band that has found groundbreaking ways to turn controversial topics into unforgettable, visual live experiences. This way, they hit harder than ever before.