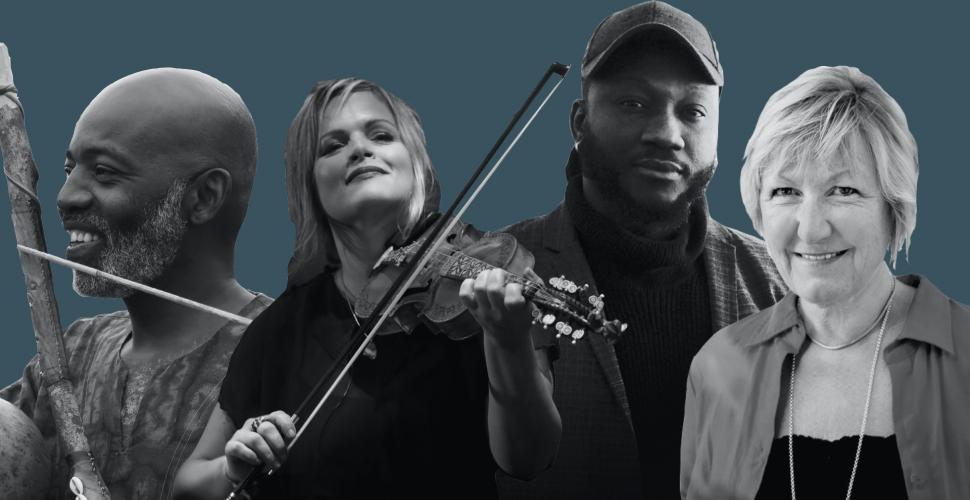 When the record “Frå Senegal til Setesdal” (“From Senegal to Setesdal”) was released in 1997, it was a unique contribution to the Norwegian music scene. A groundbreaking collaboration between the Norwegian folk musicians Kristen Bråten Berg and Bjørgulv Straume, and the great musicians Solo Cissokho and Kouame Sereba, from Senegal and the Ivory Coast. It felt like a rare achievement, characterized by a sense of openness and experimentation which today, more than ever, feels like a defining part of the music scene. Simply put - “Frå Senegal til Setesdal” was ahead of its time.

Since then, there have been several similar meetings - not least at Oslo World. The album also made Cissokho and Sereba into important figures on the Norwegian music scene, among the most prominent musicians with a different country background working here. It did not only change the perspective on musical traditions from African countries - it changed the way we look at Norwegian folk music, not as a national heirloom, but as a natural part of the world, deserving the same curiosity as music from elsewhere. An obvious perspective in many ways, but often easier said than done. And the four musicians on “Frå Senegal til Setesdal” simply did it.

Therefore, it also feels relevant to return to this music. Solo Cissokho, the big senegalese griot, passed away all too soon in 2019. It was a loss deeply felt, also in the Oslo World family. But his music is passed on, and today, the Norwegian music scene enjoys the kora playing and singing of his son, Ibou Cissokho. He will fill the role once held by his father in this performance of “Frå Senegal til Setesdal”. Annbjørg Lien, one of the most successful and genre crossing folk musicians in her own right, will be filling in for Bjørgulv Straume.