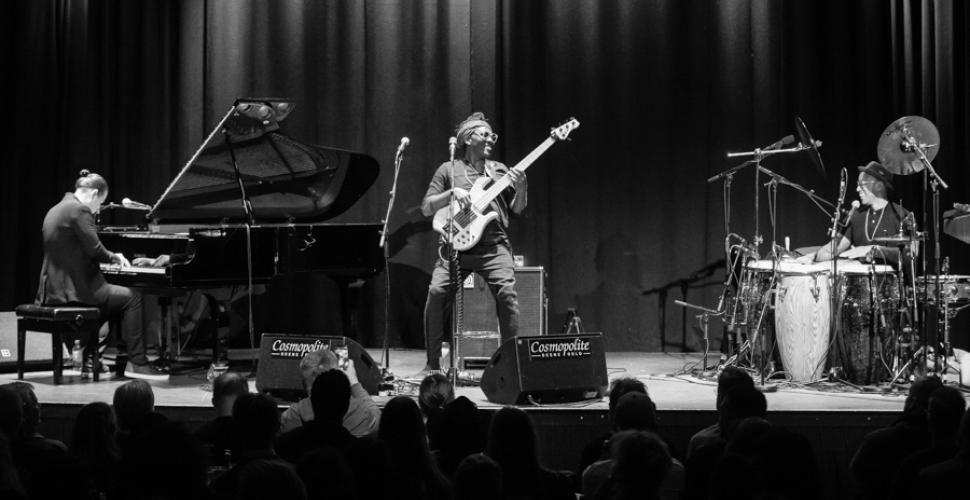 There was a real fire!

Each of us had met several of them before, but this tour was the debut of the gentlemen as a trio. Whether they originally come from different continents - or maybe not? - there were exceptionally few, no one, I would really argue, problems with the personal and musical chemistry.

So we have three musicians in the highest tier layer on each of their instruments. They come from cultures where it is not "forbidden" to tell their audience how talented instrumentalists they are. They do so with good humor, but at the same time they show us what respect they have for each other and the musical message they would like to convey.

We got the three pretty much as a trio, but all also got to show up thoroughly alone. Bona with his looping machines and wonderfully beautiful and unique voice, Rodriguez with his temper and very advanced technique and Martinez with his rhythmic universe of which he is completely alone.

The light-hearted marsh evening became much easier and warmer after meeting these kind-hearted masters.

Please read on in the original article by  Tor Hammerø