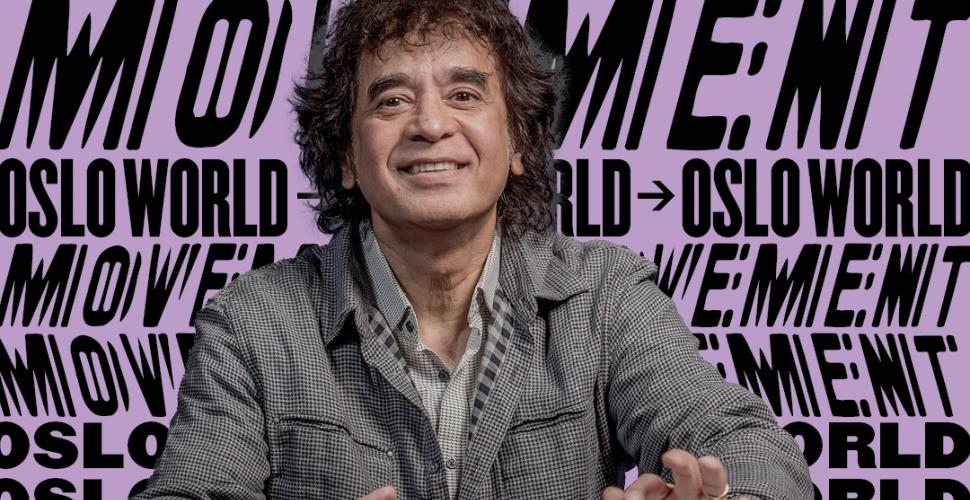 A meeting between two masters and renewers of Indian classical music.

This year on Oslo World, we will get to hear a meeting between two true masters, Zakir Hussain & Niladri Kumar. Their duo performances bring Indian classical traditions to places it has never gone before.

Zakir Hussain is one of the great classical tabla virtuosos of our time, known both as a solo artist and through boundary crossing projects such as Shakti and Remember Shakti with John McLaughlin, Sangam with Charles Lloyd and Eric Harland, as well as collaborations with George Harrison, Van Morrison, Dave Holland, Chris Potter, Béla Fleck, Edgar Meyer and Herbie Hancock. He was the foremost disciple of his father, the legendary Ustad Allarakha, and began his professional career at the age of twelve, accompanying India’s greatest classical musicians and dancers, garnering international acclaim at the age of eighteen. He is not only known as a stellar performer on his instrument - the percussionist and musicologist Mickey Hart, one of the drummers from the legendary Grateful Dead has called him one of the most advanced rhythmists on the planet.

Niladri Kumar comes from a lineage of five generations of sitar players. He studied for many years under his father & guru Pandit Kartick Kumar, gaining an intimate knowledge of Indian classical music before he went on to revolutionize the style of sitar playing, and the role of the instrument. He experimented with the electric sitar, an instrument he named the zitar, and has  been able to strike a balance between the classical idiom on one hand and more

Contemporary expressions on the other. He has worked with fusion legends such as Jonas Hellborg, V. Selvaganesh and the aforementioned John McLaughlin.

All of these diverse collaborations are worthy of attention - but something special happens when  Hussain and Kumar play together in an intimate duo format. "We go on stage and we play... and what happens during that hour and a half is a journey that we take together. One day it's fabulous and sometimes it's so magical that we are high for the next 5 days," Hussain has stated. This autumn, Oslo World will host one of these meetings. Do not miss out.