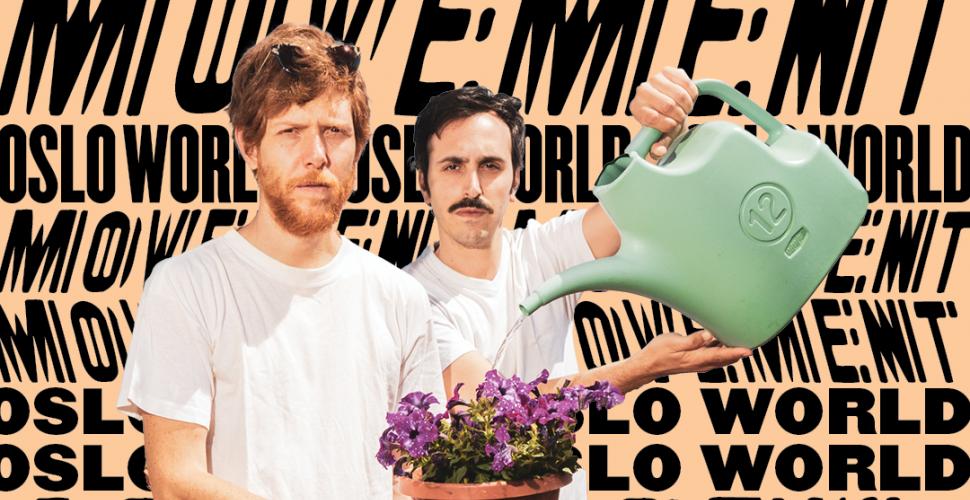 Nu Genea is the artistic brainchild of musicians/djs Massimo Di Lena and Lucio Aquilina. They collect the sonic echoes that have touched the shores of their hometown Napoli the last century. It is a joyful and groovy celebration of cultural intersections, mixing disco, funk, boogie, electronic, dub and folk.

After the success of the album "The Tony Allen Experiments" (2015), which was a remarkable collaboration with drum legend Tony Allen, they released "Nuova Napoli" LP on their own label NG Records in 2018. It was a triumph of retrofuturistic production and a loving tribute to their hometown, filled with a vast range of vintage synthesizers, lush percussion, a tight rhythm section, horns and voices singing in Neapolitan.

The album got rave reviews and the vinyl version became a cult best seller, especially gaining success in Italy and France. In the aftermath, they toured the world with a spectacular live outfit, from Australia to Brazil, from Paris to Moscow.

Di Lena and Aquilina are crate diggers on a mission. Their music stems from a deep infatuation, both in the creation and collecting of records. They are known for their wide ranging and unusual DJ sets, and they are co-curators of Napoli Segreta, a compilation series focused on rescuing and re-releasing obscure and forgotten music made in Napoli from the 70s and the 80s. They have visited Oslo as DJs before, at Jaeger, to great success. This time around, they are bringing their band for a night filled with sophistication, soul and downright funkiness.