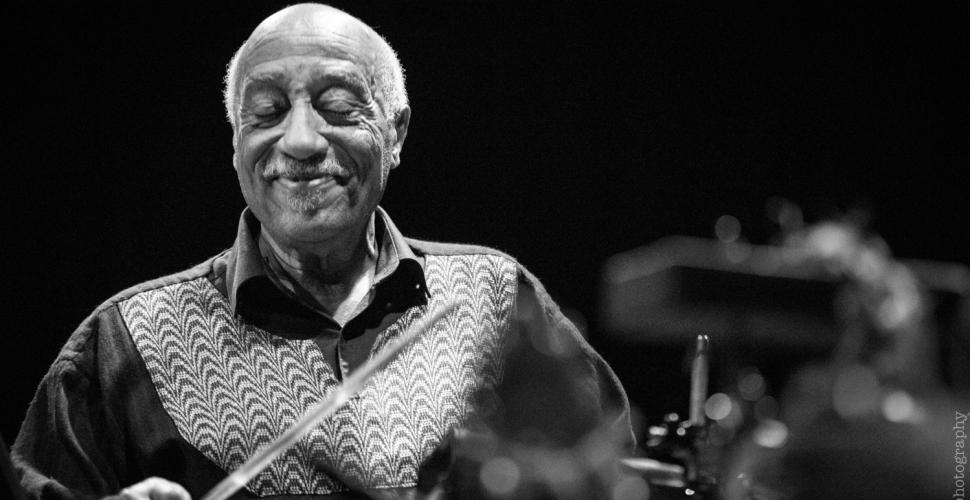 The world champion and legend returns after years if sold out shows. Every concert experience with Mulatu is unique, and this one will be no exception!

The concert with one of Cosmopolite’s favorites was originally set for May 8th 2020, but has now been moved to May 13th 2022. He is invited back to us time and time again because each of his concerts are unique, and with a great focus on improvisation and interaction between the musicians – he always seems to surprise us!

We are talking about Mulatu Astatke, the pioneer who has inspired artists like Nas, Damien Marley, K’naan, Kanye West and Fleetwood Mac – to name a few – with his innovative “ethio jazz”. Ethio jazz is a unique fusion of traditional Ethiopian music with jazz, afro-funk, soul and Latin rhythms, and is considered one of Ethiopia’s greatest innovations.

Mulatu Astatke is gaining an ever-increasing number of followers, and has appeared on a number of historical records during his career. In particular, the release of the “Ethiopiques” series caused many to open their ears. In addition, the music has been used in several films, and both Elvis Castello and Robert Plant have declared themselves as big fans.

At 76 years old, Astatke is as active as ever, playing shows all around the world. He recently collaborated with both Either/ Orchestra in the US and the Heilocentries in the UK, and in 2010 released the critically acclaimed album “Mulatu Steps Ahead”, which is a fantastic blend of African rhythms, funky winds, sensitive jazz elements and an almost hypnotic big band sound.