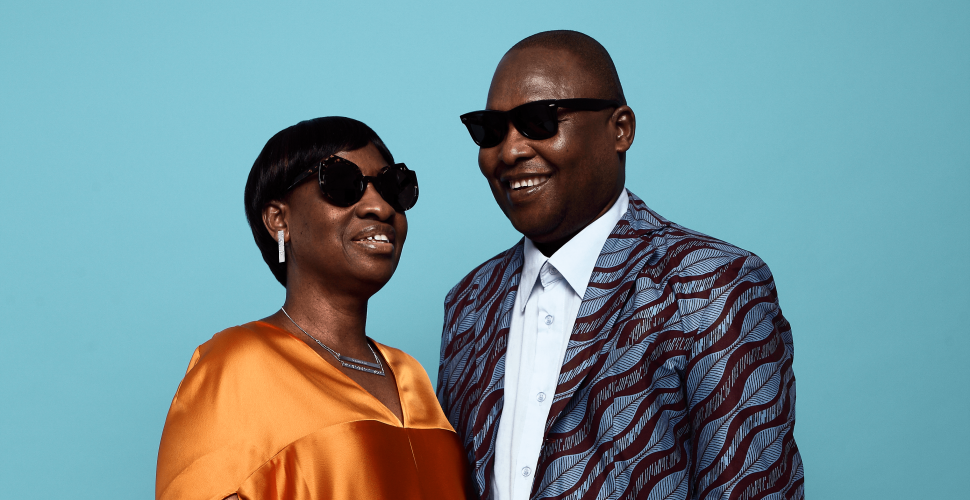 Music from Mali has been at the heart of some of the most cherished concert memories in the history of Oslo World. It remains a central part of our programming, almost every year. This year, when the festival after a year of musical isolation is ready to welcome the world, it is a special joy to underline this part of our identity with the booking of one of the greatest acts from this essential music country, Amadou & Mariam.

Amadou Bagayoko and Mariam Doumbia grew up in Bamako, the capital of Mali. They met at Mali's Institute for the Young Blind, where they performed together and found out that they shared a common love for music. In the eighties, they started releasing songs, characterized by sparse arrangements on guitar and vocals. Since then, they have made radical expansions of their sonic palette, making room for electrical guitars, instruments from Cuba, Egypt India and Syria and a range of influences, all coming together in their instantly recognizable music.

The duo toured for years, the music brought them from Mali to the Ivory Coast and then to Paris in the nineties. Their big international album breakthrough came in the early 2000s, when Manu Chao produced the album Dimanche à Bamako, “Sunday in Bamako”. It was received with ecstatic reviews in the world's biggest music publications when it was released. They became well known all over the world, a festival mainstay, opening for U2 and collaborating with Damon Albarn and Keziah Jones. The commercial highlight might have been the FIFA World Cup song “Celebrate the day”, which they released with Herbert Grönemeyer in 2006. It became a big hit in Germany and neighbouring countries, and is a rare example of a good championship anthem.

But more important than all of this: Amadou & Mariam has stood at the forefront of a renewed global interest in music from the African continent. Greater access has fostered a new curiosity, not for the “exotic” or “different”, but for the music on its own terms - relevant and innovative. The world of music can no longer be divided into “world music” and “western music” - and the duo's influence in this shift is notable and felt outside of their own music.

Amadou & Mariam have visited Norway several times. They performed at the Nobel Peace Concert for Barack Obama in 2009. They have performed at Oslo World in 2005 and 2008. Their latest single, “Mon Cheri” with Sofi Tukker, was released earlier this year, with programmed beats and a catchy chorus. A fresh reminder of the excitement that this unique duo represents.