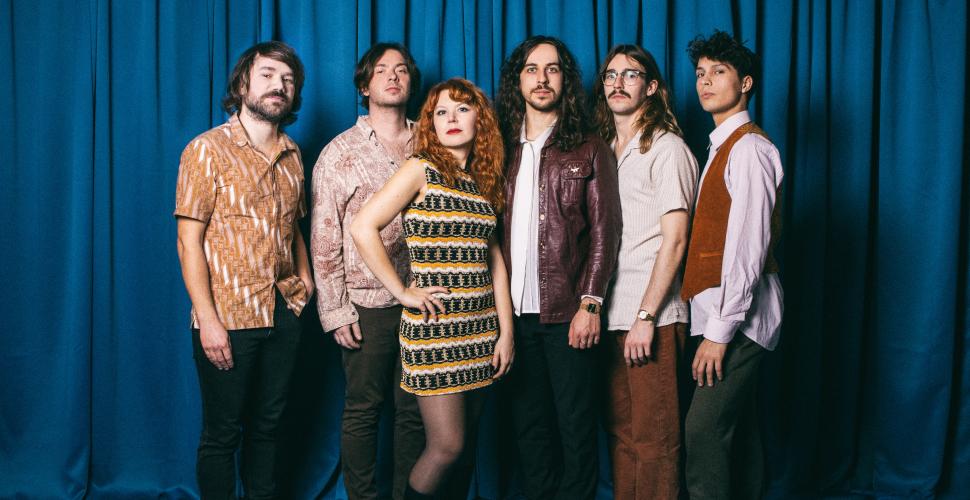 Altin Gün will visit Oslo World this fall, with a new album that solidifies their position as one of the most interesting and inspiring alternative rock bands on the global stage today.

They are also among the foremost examples of a unique, living and breathing rock tradition.  In the sixties, during the rock revolution, Anatolia were early adopters of the new sounds. The psychedelic blend of electric instruments, fuzz, garage attitude and turkish music still feels relevant. To this day, bands, dj’s and record collectors from all over the world are attracted to the blend of exotica and tradition.

Amsterdam based Altin Gün, with members of turkish, british and dutch descent, proves the potency and adaptability of this musical worldview today. The band was founded by guitar player Ben Rider and bass player Jasper Verhulst. From their album debut in 2018 with On, their rise has been meteoric. They released their third album, Yol, earlier this year. On this record, they expand their sound in ways both subtle and obvious. It is still all about a playful, postmodern way of viewing a shared musical past. But this time around, they have expanded their palette with drum machines, disco influences and vintage synths. It seems like a natural step forward, and an example of the attitude found in most relevant “retro” music made today: Music history, whether you talk about ancient songs or the sixties and seventies, is a living thing, it needs reinterpretation and open mindedness. With bands like Altin Gün, it’s never too late to get a new past.