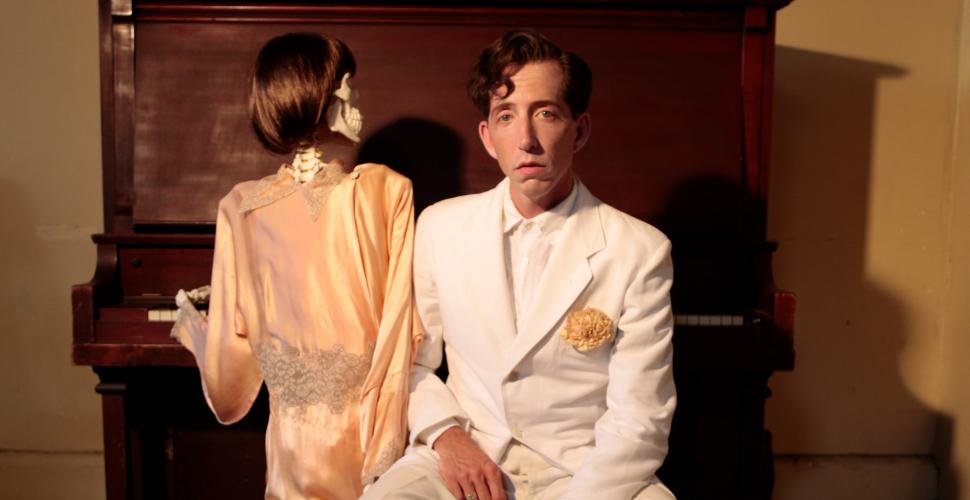 Pokey LaFarge is a musician, songwriter, bandleader, entertainer, innovator and preservationist, whose arsenal of talents has placed him at the forefront of American music. Over the last decade, Pokey has won the hearts of music lovers across the globe with his creative mix of early jazz, string ragtime, country blues and western swing. After signing with Jack White’s Third Man Records to release his fifth full-length album (Pokey LaFarge) in 2013, he performed as a musical guest on The Late Show with David Letterman and The Late Late Show on Ireland's RTÉ One network. Pokey's rendition of "Lovesick Blues" with Vince Giordano and the Nighthawks, featured on an episode of Boardwalk Empire, was selected for inclusion on the series' official soundtrack (Vol. 2). Additionally, Pokey appeared in Disney’s The Lone Ranger (both on screen and on the original score), was featured on A Prairie Home Companion and NPR's World Cafe, and recorded a song for ATO Records' Divided & United: Songs of the Civil War, produced by Randall Poster.

2014 has been Pokey’s most momentous year yet; by spring, he had brought his music to five continents, with international tours in India, Australia and New Zealand. In the past year, Pokey's tour trail (consisting of over 250 shows) included appearances at clubs and festivals across the USA and Canada as well as two extensive tours in Europe. Pokey has played with the likes of Jack White, The Raconteurs, Wanda Jackson, Old Crow Medicine Show, and most recently, Carolina Chocolate Drops. As an opening act on Jack White's Blunderbuss tour, he delighted sold out crowds at Red Rocks Amphitheater and Radio City Music Hall, among other notable venues in North America. Pokey is currently touring with a five-piece backing band, including his original bandmates (Ryan Koenig on harmonica, washboard and snare, Adam Hoskins on guitar and Joey Glynn on upright bass), in addition to Chloe Feoranzo on clarinet and TJ Muller on cornet.

At only 31 years old, Pokey’s career has not slowed in momentum since it began with his first release Marmalade (2007). Shortly followed by Beat, Move and Shake (2008) and Riverboat Soul (2010), Pokey quickly graduated from breakthrough artist to leading musical figure, receiving two consecutive Independent Music Awards for Best Americana Album (Riverboat Soul and Middle of Everywhere).

Pokey’s music transcends the confines of genre, continually challenging the notion that tradition-bearers fail to push musical boundaries. Rather than merely conjuring up half-forgotten imagery of days past, Pokey is a lyrical storyteller, the plot delivered smoothly through his dynamic vocals. Both on stage and off, his effortless wit never fails to charm audiences, giving way to a live music experience that manages to be grandiose and unassuming all at once. Born in the heartland of America and based in St. Louis, Missouri, Pokey’s Midwestern charisma welcomes his audiences with open arms.